The Young Woman And The Sea - IMRAN™ 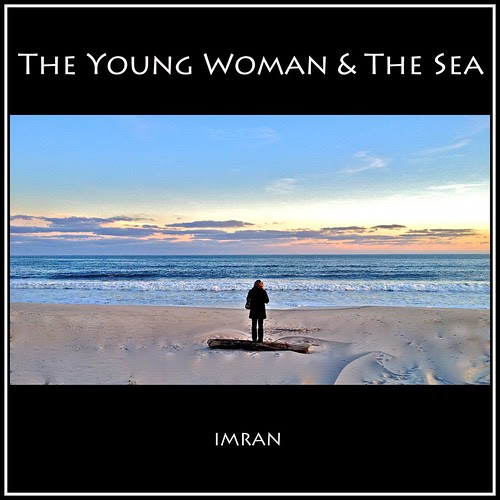 The Young Woman And The Sea - IMRAN™, a photo by ImranAnwar on Flickr.
You Belong To The City by Glenn Frey is not just an inspired, amazing, timeless, poetic and rocking work of musical art, it is a song that, at one time or another, resonates with all of us as we pass through the stages in the play we call life. The song is even more special to me. It is one of the select songs I consider the soundtrack of my life.

It was thus ironic how quickly it came to mind when I met an old young beautiful intimate beloved friend, from recent years past, for an unexpected dinner and evening together. I had been planning to go to Smith Point beach to catch what was sure to be a beautiful sunset and dusk, when we connected on the phone after a very long time. So, we ended up going there together, a place we had last been several years ago, together, and with another love past and gone.

She, always patient, loving and caring, waited while I captured photos of the setting sun with my new Apple iPhone 4S. Not knowing I was watching her, she stood atop the forlorn log that had made the sands of Long Island its temporary home. And, I saw a moment that was as magical as it was timeless.

The Young Woman And The Sea, I said to myself as I clicked.

The wide angle view from an external lens I was testing on my new iPhone, the moment, the lighting, the log, the way the sun reflected on her golden tresses from the right, and the incredible way the tide had made the sand flow in the shape of angel wings around the log she stood on, I saw a timeless and absolutely unique moment in time…. a surreal almost masterpiece-like painting of life, accidentally brought to life, etched into memory, and now captured for the ages, by a mere cell phone camera.

I quickly snapped this photo and, later, at home, as I imported it into iPhoto, something struck a powerful chord....

We had been going through amazingly tumultuous and yet interesting and wonderful times in our respective lives when we last met and shared many wonderful experiences. And, as time, life, circumstances, people, events and fate dealt their hands, their blows, their stabs, it meant we continued our separate, still event-filled, surreal, sometimes happy, sometimes sad, journeys through life, until we got together again tonight. As these thoughts passed through my mind, in my ears Glenn's voice rang out truly, how "So much has happened, but nothing has changed".

As I pasted the lyrics to that wonderful song below for your pleasure, I could not resist but tweak some of the words (I hope the Text shows how I replaced some of the words {strike-through font} with ones even more suited to this moment {shown in bold}).

As you, gentle readers, dear friends, lovers old, new and future, read these words, just know, your most difficult, arduous, lonely journey is shared with me. It is shared by those you love, loved and will love. We may not be on the same part of the road, or hitting the same bumps at the same exact time, but, sooner or later, our paths will cross. I will take your hand, and be there for you. I promise.

One day, you will look back on the cold stormy nights and know that you did make it... because….

You Belong To The City

The sun goes down
The night rolls in
You can feel it starting all over again
The moon comes up
And the music ocean calls
You're getting tired of staring at the same four walls
You're out of your room
And down on the street beach
Moving through the crowds sand through the midnight heat winter freeze
The traffic ocean roars
And the sirens seagulls scream
You look at the faces waves, its just like a dream

Nobody know where you're going
Nobody cares where you've been

'Cause you belong to the city
You belong to the night
Living in a river of darkness, beneath the neon moon light
You were borne in on the city sea-tree
Concrete Sand under your feet
It's in your blood, its in your moves
You're a woman of the street beach

When you said goodbye
You were on the run
Tryin' to get away from the things you'd done
Now you're back again
And you're feeling strange
So much has happened, but nothing has changed

'Cause you belong to the city

You belong to the city
You were borne in on the city sea-tree!