The Young Boy And The Sea - IMRAN™ 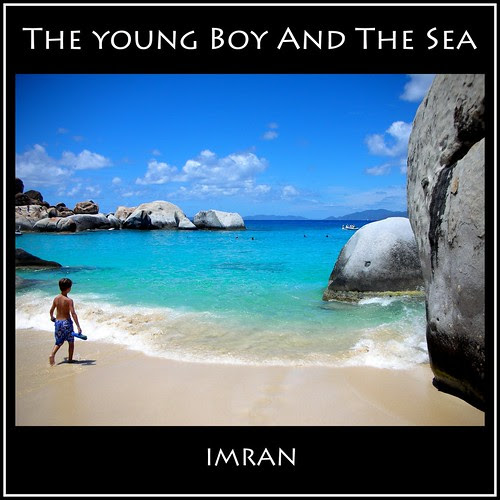 The Young Boy And The Sea - IMRAN™, a photo by ImranAnwar on Flickr.

A starkly different scene, and set of colors, from two of my favorite photos previously posted… The ODD Man & The Sea (Nikon D300), and The Young Woman & The Sea (iPhone 4S), this photo was taken with my pocket Nikon Coolpix S6 during a wonderful trip to one of the most beautiful places I have been, The Baths at Virgin Gorda, in the British Virgin Islands.

I was trying to take some good shots before we had to leave to catch the ship, and I wanted to do so before the small boat with several men on it would pop into the middle of the frame.

But, this young boy, oblivious to the travails of travel schedules and science of scene setting was just running around.

I decided to capture the shot, and succeeded in catching him in mid-stride, confidently taking on the wild blue sea yonder but under his feet as the sands of time of the future awaited him.

And I wondered, if, by some weird chance of verbal fate, the little boy near the big rocks could possibly from some place called Little Rock.

I hope you will relive the first time you met the ocean when you enjoy this photo. What were your first memories of the sea?