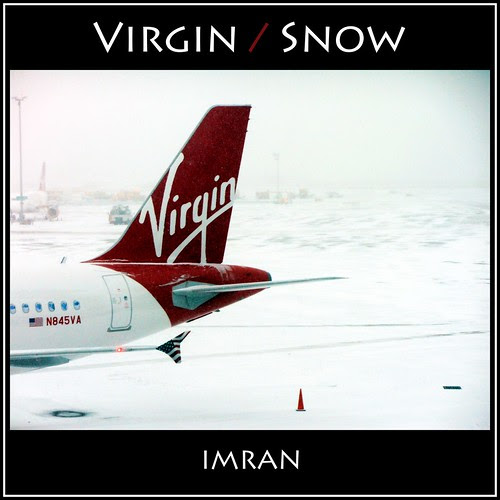 I tend to stay up late in general. It gets even more likely I will stay up all night when traveling abroad. Janary 21, 2012 had a forecast for snow pop-up after I had already purchased my tickets.

To make things worse, the snow arrived earlier, wetter, heavier on a colder night making roads icy. It was a Saturday early morning so there was not even enough traffic to melt the icy road surfaces. I left even earlier for the airport than was required on normal days.

One of the most boring things in the world, besides listening to idiotic talking head hate mongers on TV, is waiting four hours prior to departure on what is already supposed to be a nearly 24 hours long pair of flights.

Seeing the snowflakes raining down heavily coating everything in a heavy white fog, mist, coat and cover was making the day even more dreary.

Then, I saw her… a beautiful princess asleep, awaiting the arrival of her prince captain, as dwarf-like machines and minions gathered to de-ice and prepare her, before awakening her engines into a mighty roar of passionate power, that would carry her over the oceans on the invisible flying carpet of jet propulsion.

But until then, there she lay, silent, unmoving, on the cold slab of frozen tarmac, her frozen white body and fuselage merging in color with the iced surface, and the snow-filled sky.

But, like beautiful, lust and love filled red engorged lips, her tail cone proudly lifted in the air, right above an orange traffic cone below.

She shone, proudly showing her seemingly shut rear entrance, next to the bright red steel lips and tips of the tail and rear control surfaces, overcoming the frigid moment, promising the warm embrace of her seat to the chosen pilot taking command of the joytstick or yoke….

Silently saying, "Come, take me, ride me and fly me, to blue skies, leaving a contrail of sighs, Captain Of My Soul." 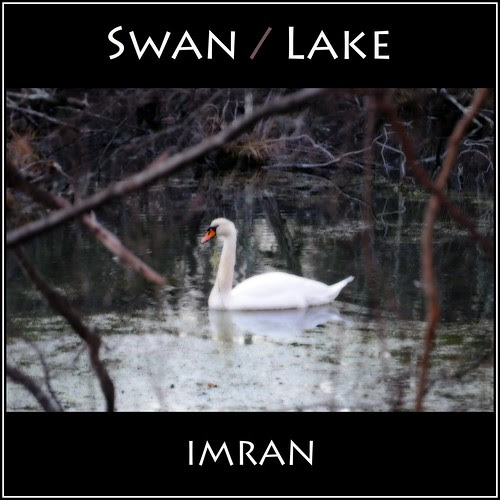 Swan / Lake - IMRAN™, a photo by ImranAnwar on Flickr.

I am just mixing up the style and subjects of photos I post here, as 2012 will shape up to be a year of major changes in my life.

I will have less time to post also, especially as I am traveling in Asia this quarter.

This is just an 'ordinary' shot compared to some of the wonderful landscapes and sunsets I have savored looking at and photographing. But this winter NY shot, on a murky brackish lake walking distance from my home, took longer to execute as the swan moved about.

I had to wait until it was perfectly framed within the hanging dead branches that would spring to life in Spring.

If you look closely you cn still see the reflection of the swan on the greenish gray water, and even see the tuft of grass hanging from it's beak.

I am posting this in the same Album (Gorgeous Greens) where I posted a photo of a swan on the same lake in lush green colors. I am not sure if it is the same swan wondering why I keep following it for so many years. :-)

I would love to have your feedback because I was not sure if I should post this shot. It had over 100+ Views on TwitPic where I test-posted it, so decided to try it here.

Let me know your thoughts, my friends. Best wishes from Pakistan...

Hopefully the background of my decision will help you in making a decision, especially if you're using an older Mac laptop.

Having an early 2008 Apple MacBook Pro (which I got with the faster 7200rpm 200GB drive rather than the slower 250GB one) meant my having to keep my iTunes and iPhoto files on external bus powered USB-drives for several years. Generally I use Carbon Copy Cloner for my internal drive clones to external FireWire ones, and am OK using the USB powered drives like Iomega 320 and WD 160 in the past to keep my libraries.

I did want to upgrade my internal drive to the 750GB Momentus and keep all the data in one place, but opening up the MBP, going through that hassle, and then hopefully getting an early 2012 MacBook Pro with something like a 75pGB or 1TB internal drive (whenever they come out) would mean wasted money and effort on this older laptop. So, an external bus powered drive was my practical choice for now. When I saw the 500GB bus powered 7200RPM Seagate on the shelves of the Apple Store I was tempted to buy it immediately. Then I found that this 750GB 7200RPM Seagate FreeAgent GoFlex Pro FireWire 800 USB 2.0 Ultra-Portable External Hard Drive for Mac STBB750100 version was also available in the market, and decided to go this route.

As always, ordering from Amazon was a pleasure, and even though it was fulfilled by another vendor (HPP Enterprises), even as part of a larger multi-item, multi-shipper order, everything went smoothly. The shipper was very quick in responding, understood my request to ship the drive soon as I will be traveling soon, and the drive arrived very quickly. The packaging was great from the shipper, and the Seagate packaging was OK too.

First thing you notice is how cheap, flimsy and low quality the Seagate product is in manufacture. It is a plastic case with silver sort of painted on it. It looks like some child laborer was given a spray can to paint drives, as the paint is uneven. The drive itself is light (considering how much data it lifts :-) ). The 2 interfaces included were nice to have, the FW800 and the USB2 to use on PCs. It came Mac formatted but that was irrelevant to me, as I partitioned it into 3 with Disk Utility.

The drive runs fine, fairly quiet, fairly fast. Not MUCH faster than the FW800 external powered ones, but quite good for bus powered. I did not notice the interface overheating as I have read some reviews mention. Pretty warm, but not burning hot. I did not test the USB one yet. The 200GB Carbon Copy Clone and even the 160GB iPhoto library moved over quite fast and without any errors or problems. Overall, satisfied with current (new) use. I cannot speak for long term reliability (e.g. the interface cable cheaply glued to the unit is said to be susceptible to breaking) but it is cheaper looking than it should be at $175 or so.

I am hoping the new MBP that comes out will have a 7200 rpm 750GB in it so I can then use this as the take-along on trips backup while larger desktop drives are stay at home backups. Hope this helps you in your decision as you consider a portable external drive for your Mac or PC. Please oblige with your acknowledgement if it is. Thanks.

Dark Of The Moon - IMRAN™ 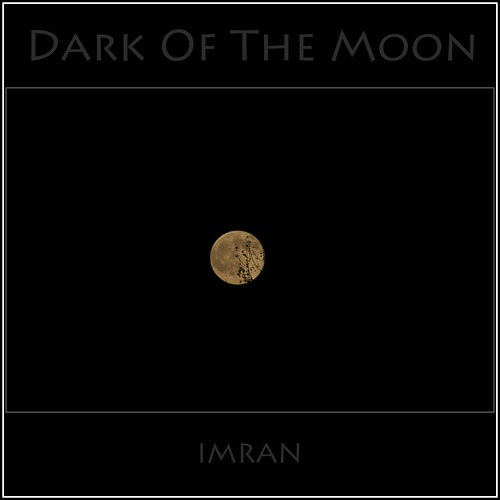 Dark Of The Moon - IMRAN™ -- STOP SOPA, a photo by ImranAnwar on Flickr.

SOOC Image Straight Out Of Camera!! NO editing, tweaking, cropping, of ANY, ANY kind. Only framed in Photoshop & saved image as merely a 0.5MB JPG.

On the occassion of the STOP SOPA campaigns, and the massive popularity of the recent Transformers 3, Dark Of The Moon, movie, this was a perfect photo to complete the transition of my last several photos to something completely different.

The previous several photos had color themes transitioning from red to gold to orange to multi-colored bright smiling faces.

So, a dark night, with no Dark Knight to Transform the darkness, or crusade against global governments slow and inexorable movement to colonize the Internet, was the perfect time to go from the bright colored previous photo to this totally natural, but almost black and white full moon rising over my home in NY.

The Black and Dark Gray color theme was to complete the contrast from my previous photo, and to support the STOP SOPA efforts by leading web sites blacking out their pages to protest those government attempts to curb freedoms.

I am all for intellectual property rights, but not for them being used by governments to start controlling the avenues of free expression… of ideas, of dissent, of opinion, of protest, even of creativity.

Maybe we are howling at the moon, but the wolf, my dear friends, is often dressed in threads of government suits, regardless of what country or political system we live under. 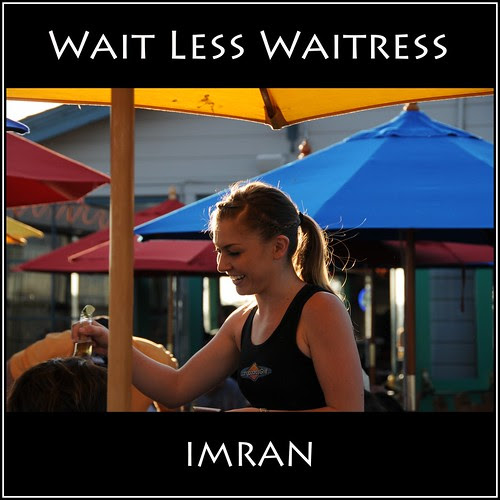 SOOC Image Straight Out Of Camera!! NO editing, tweaking, cropping, of ANY, ANY kind. Only framed in Photoshop & saved image as 5.5MB JPG.

My first trip to San Francisco had been after I moved to the USA in 1989. I flew there to meet my brother who had flown in from Pakistan via Tokyo. Our plan was to meet there, and then make a trip to Los Angeles with my old Lahore neighbor, friend, partner in my Internet business and co-founder of the .PK Internet email system, Ashar Nisar who had moved to the Silicon Valley area the same year.

During that trip we drove to LA but took the fastest highway routes. Over the years I also flew the SFO-LAX route a few times. But, going down the famed California Pacific Coast Highway was something it took me 22 years to getting around to doing.

Making it a 2-day trip, I had a beautiful trip. {See the Big Sur photo previously posted here. }

One stop was at Stearns Wharf, in Santa Barbara, to get a late lunch.

This naturally lovely, very sweet, fun, and very service driven young waitress at a place called Longboards Grill was a delight. And in that late afternoon falling sunlight casting a glow around her light hair and face, perfectly lighting up the deck umbrellas in an explosion of colors framing the picture, it became a lovely memory of a gorgeous moment, a beautiful girl, a great trip, and a collection of gorgeous colors.

I will have to dig up the contact info she gave me to tell her this timeless photo of hers is among the very few of non-landscape/nature shots I post here. {See Cat's Eye, for example.} 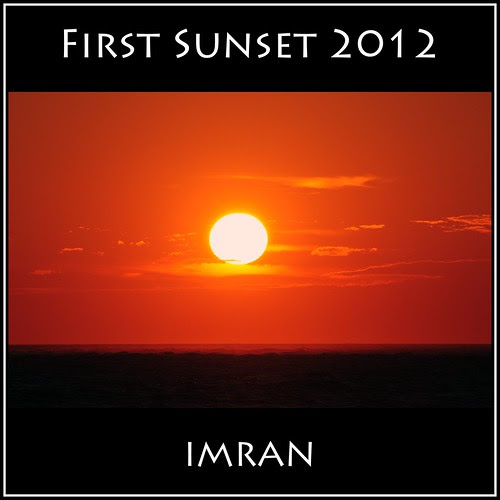 I wish you all, my dear friends, a very happy new year. May the tides always bring glad tidings, may your days always be bright and your nights always glow with joy.

Sunset on the Atlantic Ocean, at Cupsogue Beach (Westhampton Beach), Long Island, New York. An unprocessed Nikon D300 image did have to be straightened -1.3 degrees in Photoshop before framing.

Delighted to speak to several hundred people at this annual gala/pageant/coronation event at a Hilton ballroom in Philadelphia. I am sure it will entertain, inspire and excite you too. Your comments and thoughts mean a lot to me.
Posted by IMRAN™ at 7:45 PM No comments:

There was an LA Times news story about a German arsonist living in Los Angeles who started about 50 fires, causing untold damage, and endangered countless lives, because his ugly, criminal, possibly-a-prostitute, mother was being deported to Germany. I would love to have your thoughts on the interesting discussion which ensued, after I posted saying:

If she knew he was mentally ill, why did the stupid criminal b&^ch not have him committed?
Reply ·  4 · Unlike · Unfollow Post · about an hour ago