How To Think Clearly Before You Buy A Motorcycle!

I just read an interesting article in BusinessWeek, How to Buy a Motorcycle by Mitch Daniels.


I love motorcycles. (Of course, I love flying, boating, driving German cars, and motorcycles, in that order!).


My Dad bought me my first (and until recently only) motorcycle, a Yamaha Enduro in Pakistan in 1981-82, when they were still imported from Japan.


Twenty years later, in about 2001-2002, here in the USA, I went to go buy another bike because I wanted to enjoy them while I was physically fit. (I prefer racing style bikes to hogs). I figured the under $200 monthly payment was worth it, but was dissuaded by the shocking price of comprehensive insurance.


The insurance company was treating me like a new rider considering how long I had not ridden officially. (I did take friend's bikes in Pakistan for occasional spins during trips there in that time).


However, even though I decided on the 600cc, even after the R6 was delivered to me, I did not ride it until I had taken three riding classes. I was delighted at how the instructors were pleasantly surprised that I did not need classes but took them anyway. And I am glad I did. I still learnt so much more. I had all the mechanical and riding skills to pass my test, but the lessons, the tips, the advice, the stories of how people get in trouble, made the riding classes a great investment.


Fortunately, I realized something a lot of people may rather forget. In the 30 years since my first Yamaha, the bike I owned went from 100cc street legal dirt bike weighing probably 100 lbs to a 600cc monster of power (max speed 165 mph) weighing 350 lbs, while my body, though fairly fit, has gone from that of a 150 lbs. 18 year old to a man nearing 200 lbs. and 50, even if not feeling (or looking, LOL) it.


I also bought, and read, books like Proficient Motorcycling, and others, and learned even more. In about 8 months, including winter in NY, I put nearly 4000 miles on the bike and loved every minute of it.


I believe in the adage that at the end of life we regret the things we did not do more than the ones we did (and shouldn't have). But, keep in mind, there are many cases of people where the purchase of a motorcycle more than they could handle led to a hastened end of life.


So, be very, very careful in making this decision. I did not regret it and am blessed so far. But I realize, one false move, even from an inattentive car driver on the road, can mean the end for me.


Choose wisely. Ride safe. I'll see you on the road. 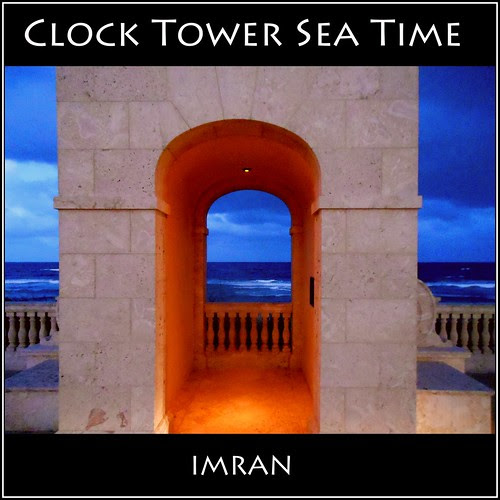 Singer Island, Florida, is a place I fell in love with when I made it my second home in America in 2003.

One of the nearby places I loved going with special people in life has been Palm Beach, the ritzy but understated, island home-ground and playground of the rich and (many choosing NOT to be) famous. In particular, Worth Avenue is a great place to hang out, where old money meets new glitz. Fancy stores of the world's most posh brands stand next to understated elegant dining. Expensive cars that seem to flash irritatingly in Miami appear to be quietly parked along the street as their owners quietly and without pretense walk the sidewalks.

On the East end of Worth Avenue, a maor renovation was done recently, which included the building of this clock tower. Its architecture has elicited diverse comments, but the view from inside and around it is wonderful.

My last trip here recently was on a stormy night, and the rain was falling on me as I stood by the roadside, taking advantage of low traffic at that dusk hour, when the sky was still bright but the lights were turning on, when the clouds were menacing, but the sea was welcoming.

As I stood there, I realized, as the seconds of our lives go by, standing under a Clock Tower, Sea Time and distance merging at the horizon, you see time through a portal, the image merging time gone by and the endless promise of a beautiful life still ahead, despite the storms on the horizon.

Email ThisBlogThis!Share to TwitterShare to FacebookShare to Pinterest
Labels: Architecture 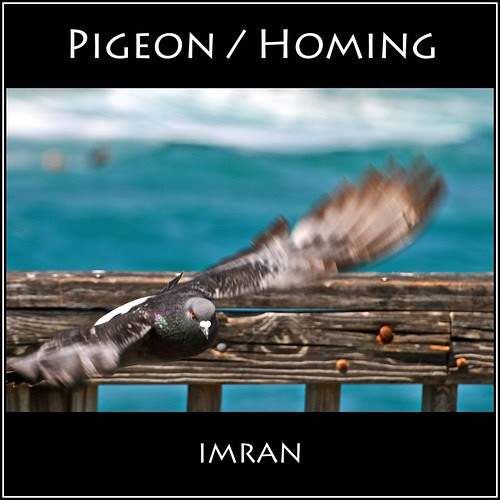 Pigeon, Homing - IMRAN™, a photo by ImranAnwar on Flickr.

I stood on the shore of Pompano Beach, Florida, more than a thousand miles from the shore of my NY home, and not too far from where I had my second home in Florida.

I was soaking in the late winter sun, the stunning turquoise blue waters, and foaming white surf.

I stopped to take a photo of this wild pigeon, thinking how a breed of this bird can be used as a carrier/homing pigeon that can travel a thousand miles on its own.

It can fly at 50 mph for long distances and even up to 110 mph over short races.

As I contemplated this and looked at the bird, it in turn observed me. It sat there for a while, and then suddenly took off.

I only had an instant to change focus, while the bird focused on the mission at hand.

It was hard to do on a manual focus 300mm-450mm eq zoom which barely had space to focus on the pier wood a few feet from me.

But, in that instant, the shallow depth of field was perfect to catch the pigeon, the moment after it launched, it's wings stretched almost like an eagle's, as it homed in on the Nikon Moment.... Pigeon, Homing!

The Nikon D300 caught the spectacular blue and white rolling surf and sea, the dark grained wood, and the sharp, intensely focused glare of the piegeon's menacing orange ringed eye…. while the sun behind my shoulder reflected its shoulders brightly, making it an intense, interesting and incredible moment.

I hope your imagination also takes off on seeing this photo as you, I, we all, home in our goals in life, in this time we share on this planet.

Sun. At Half Mast. Literally. - IMRAN™ 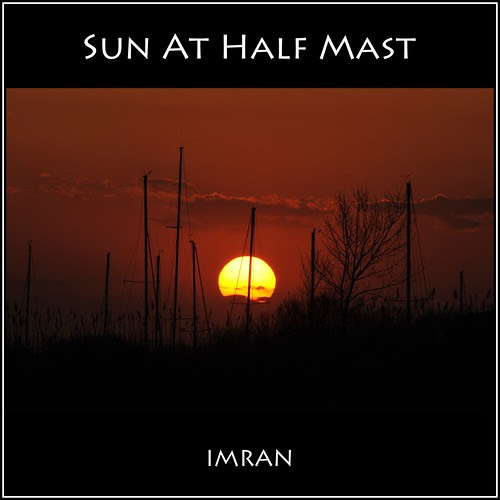 SOOC. Image Straight Out Of Camera, absolutely unedited and untouched. (Only frame and titles added in Photoshop.)

I am blessed to live on the water, looking at glorious silky satin smooth silver blue waters in the morning and luscious, brilliant sunsets and dusks, from all the windows of my blessed home on Long Island, New York.

The beach my home is on also gives me magical moments to savor, to make memories in, and to photograph sunsets.

But, sometimes the stunning imagery lies to the side of the house, if I walk out the ftont door and head to my boat slip or beach, the setting sun behind the marina to the side makes for interesting combinations, of sun, clouds, and sailboat masts.

This latest photo I captured at the side of the home was of the Sun sliding down behind the sailboat while the clouds seem like wave passing in front of the… Sun. At Half Mast. Literally!

I hope you enjoy this totally unedited SOOC photo. Click to see larger and on black.

The Blame In Pakistan Lies With…..

Did I miss offending anyone with this comment I posted on a Pakistan friend's Wall?

She posted a photo of the front page of the respected Pakistani newspaper, Dawn, of the day power-hungry despot but once popularly elected Zulfiqar Ali Bhutto, ousted Prime Minister of Pakistan, was hanged to death by the creator of the ISI, lapdog of the CIA, and purveyor of hate, intolerance, violence, ethnic strife and religious fundamentalism, Zia-ul-Haq.

"I was a big fan of Zulfiqar Bhutto. Met him as a pre-teen (with Col. Qaddafi on the same day!). I'd met dictator Zia several times. The first time was as a student at Aitchison College, Lahore, when, even as a self-imposed President of Pakistan, he was the de-facto Chief Guest.

Later, after leading a protest against his martial law regime, I was arrested, tortured, court-martialed and imprisoned in Lahore's Kot Lakhpat prison. I was 20. And, later, I met the repulsive dictator at media events, when I was working for the Jang Group newspapers.

I recall I was visiting my Karachi home, from Lahore, and was woken up with the news that Bhutto had been hanged. It was inevitable, but still, a shock. It was always said that "There is one grave, and two men. One has to go in."

I was devastated by Bhutto's hanging (which he brought upon himself in his state of hubris) and I had always despised Zia (Islam-thaikedar evil dictator intolerance breeder ko karwat karwat jahannumm naseeb ho) {May he face hell on every turn and twist in his grave… come to think of it… he did burn alive in a plane crash}.

But, to this day, people tend to blame one or other for Pakistan's problems. In my humble opinion, 80% of the root causes of Pakistan's economic problems were because of ONE man, Bhutto and his selective socialism.

He nationalized all that was working in free markets in Pakistan yet let waders {feudal landlords who were lapdogs of the British raj} like himself fraudulently hold on to jageers {estates} and tax free land income.

90% of the intolerance, hate, violence in Pakistan is because of ONE man, evil Zia.

The remaining 20% of economic and 10% of hate mongering problems are because of "ordinary people" like all of us in Pakistan, especially those of us who worship personalities like incompetent Benazir Bhutto, corrupt Asif Zardari, hypocrite Nawaz Sharif, criminal and repulsive Altaf Hussain, and even slogans-without-solutions Imran Khan, instead of doing what WE can to fix OUR own ways.

Not to mention power hungry corrupt Army generals who can only occupy their own country and stinky illiterate spiteful mullahs. Only when the people of Pakistan decide to take control of their own destiny, demand specific detailed plans from their present and wannabe leaders, is there any hope.

Otherwise, Pakistan will continue its path through history like a drunk bull in a china shop.

(Sorry, did I miss offending anyone? LOL)"