Mother Of Exiles, By The Golden Doors 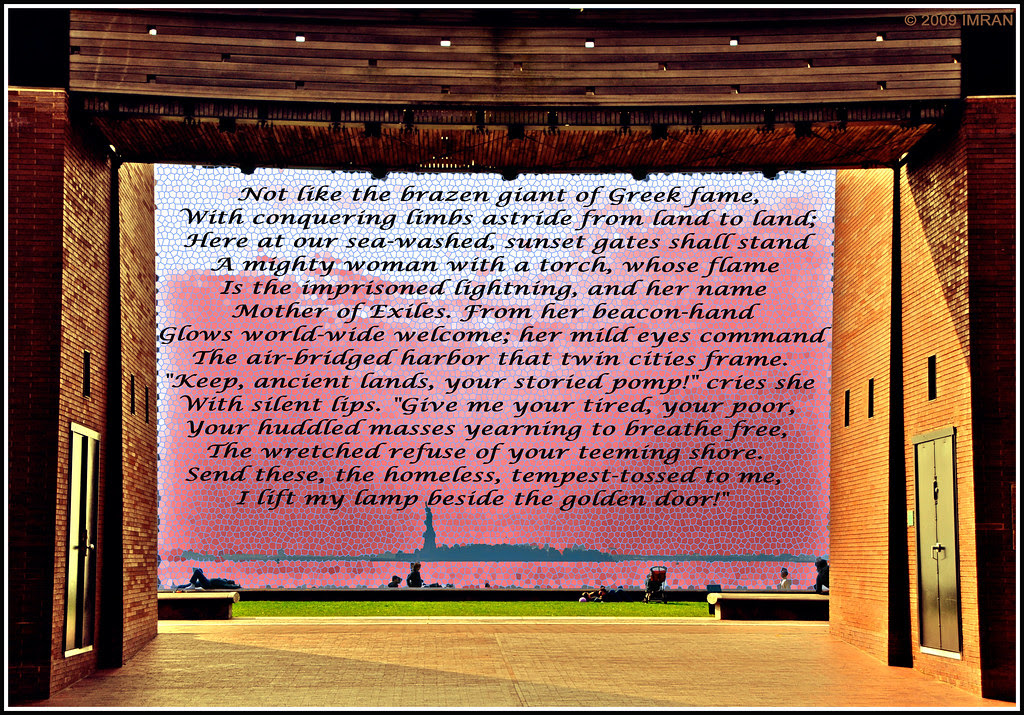 Mother Of Exiles, By The Golden Doors

The Statute of Liberty, in New York, is one of the best recognized symbols in the world. Less known are the full words of the poem found there. See it larger.

On a heavily clouded day in Manhattan, the often blue sky filled with shades of gray was burdened with the weight of a golden red sunset they were trying to conceal.

The light was the worst it could be for a great traditional photograph. But, as I caught the patina of Lady Liberty through the architectural frame painted Gold by the falling sun..... it provided the perfect backdrop for me to remember, and share, the words that hold so true today, and forever.

Evil Taliban vs Pakistan, What Side Are You On?

Imran Anwar (http://www.imran.com ) asks Pakistanis and Muslims which side they are on in the war so-called jihadi terrorist groups like Taliban, AlQaeda and other evil are carrying out against Pakistan, Muslims, Islam and innocent people.

How difficult is it for Muslims and Pakistanis to say, "Taliban, AlQaeda and these Jihadi groups, killing innocent women and children daily, blowing up mosques, killing defenders of Pakistan, are enemies of Islam and Pakistan" ?

Clouds Over Cloud Computing? Raining On The Hype Parade

Clouds Over Cloud Computing? Raining On The Hype Parade

A recent blog entry on Internet Evolution by Mary Jander, titled "Clouds May Finally Be Forming for IT" recently caught my attention. Mary wrote about how companies have started looking at cloud computing as an infrastructure platform for their business.

That got me thinking about the very concept of cloud computing - as it is being foisted upon the industry and business. Don't get me wrong. I believe in the Internet and its power since before it became a commercial entity in the United States. It was for this reason that I elected to pioneer and be founder of Internet e-mail in Pakistan nearly 2 decades ago.

I also do not wish to sound like one of those "everything that can be invented has been invented" naysayers. However, even as the technology lover and evangelist, sometimes I see the industry shooting itself in the foot by simply renaming, repackaging, re-hyping concepts every few years.

Obviously, technology has been moving forward at a rapid pace every decade. Back in the day, a green screen operator's "cloud" was somewhere in the big air-conditioned room far away, housing the mainframe. 10 years later the concept of client/server moved the cloud into a less discrete location and made it a little more granular.

Then came the not so successful network computing concept which fell victim to its own hype. Next we have the Internet now being leveraged productively in some creative ways, but again causing marketing driven hype to set it up for potential disappointments and failures.

It is partly for this reason, the lack of clear revolutionary changes in enterprise computing, that we face a problem. We have entire industry initiatives and business plans being built around terms that nobody even fully agrees on the definition of.

Cloud Computing, Web 2.0, the Semantic Web, etc. are just some of the examples of how we, as an industry, are adrift. We are again latching on to buzzwords, hype, self-sustaining waves of "if we talk enough about it, it will happen" -- hoping someone, somewhere, will create a solution which sells enough in the marketplace to validate the original buzzword.

In the past some companies, like Microsoft, would derail perfectly good technologies possibly competing with their products by using FUD (fear, uncertainty, doubt). Many good companies, products and technologies fell victim to that. However, despite the best efforts of monopolies of their time, whether in computer hardware, operating systems or telecom, smart, nimble and aggressive competitors did create new products, categories and entire industries.

That is why it is so ironic to me that thousands of companies and professionals are trying to create a new Cloud Computing industry --- without overcoming the FUD factor inherent in the marketplace!

Instead of removing uncertainty about what cloud computing means, what advantages it offers, what risks it carries and how those risks can be overcome, the players who want to lead in this industry are actually putting their faith in uncertainty!

They are relying on poorly defined concepts, media driven hype and evangelist driven buzzwords. They are hoping to be able to come up with something that sticks while no one knows what it all means.

That approach may work in the 3M Post-It sticky notes laboratory. But that is not how an entire industry, Information Technology and the Internet, based on a reality AND an image of clarity, consistency and communication standards can operate or succeed.

This is not the way to overcome the FUD that validly exists in the minds of technology and business managers in the enterprise. Add to that the recent outages, consistent problems and massive hacks that have hit everyone from Microsoft to Google, from Twitter to Facebook, and you can see why selling Cloud Computing as the answer, or even ready for prime time conversion of businesses, is both disingenuous and dangerous.

How many CIOs would be willing to completely bet their careers, and the security, and business continuity, of their organizations entirely on something as nebulous, literally, as cloud computing? I would not. As a CIO in a recent engagement, I started moving my client organization in that direction, for specific, clearly defined, non-mission-critical, business and technology functions. But, the most important, sensitive and mission-critical elements I ensured keeping in-house, in a proven, reliable and secure infrastructure

It is time for us, as an industry and professionals, to get out from under the umbrella of excuses that are often self-contradictory. When asked to define cloud computing we say things like "This is still an evolving platform". When asked to sell the concept to clients, we make it sound like it is as reliable as what clients need and expect, knowing that it is not.

Let us let the rain of facts, client needs, technology realities and user expectations wash away the layers of hype that are coating our vision. Then let us build clear definitions, clear messages, clear value propositions that will sell far better than the hype.

Only with such clarity can we expect the sun to shine on a bright future for Cloud Computing. What do you think?

What If The Taliban Had Attacked Pakistan's Nuclear Facilities?

Does Pakistan Need Any More Wake-Up Calls? The recent brazen attack by Taliban on the Pakistani army headquarters may be the last wake-up call that the nation is going to get.

Pakistanis have to ask themselves some serious questions. What If The Taliban Had Attacked Pakistan's Nuclear Facilities instead of the Army Headquarters? Or, what if these had been coordinated attacks simultaneously? The results would be horrible and ugly domestically and in the international response and concern about Pakistani nuclear assets.

But if they all needed any further reminder, slap on the face, and one serious final wake-up call, this attack was it. It literally was an attempt to take over the army headquarters in Rawalpindi, Pakistan, something even India and Pakistan do not try to do to each other in times of cold and hot war. This should show the most ambivalent and secretly sympathetic Pakistanis that the Taliban are the enemies of Pakistan.

It appears that the attackers had inside information before the attack. The fact that there remained a not so secret cadre of Pakistan military officers who theologically, intellectually and emotionally remained supportive of the Taliban was dangerous enough. That they may still be providing material and professional aid to these enemies of Islam and Pakistan is far more treasonous than any actions of corrupt politicians or even dictators imposing martial law.

I must say I am shocked, and seriously disappointed, that the Army did not expect or prepare for the kind of brazen attack that took place. Signs had been pointing to it. Events were leading up to it. Yet, the very center of Pakistan's army operations was caught off guard.

I am surprised at the news reports suggesting that the guards on duty were confused by the fact that the attackers wore army uniforms. This should have been the most basic expectation provided to the guards in their basic training. Expect the enemy at any time, in any guise.

I am also thankful, and actually surprised, that these were not a series of automated attacks by uniform wearing terrorists attacking several Army locations around the country. We should be thankful for that, but also expect, and prepare for the worst.

This also highlights a serious risk that Pakistanis would be foolish to ignore. A similar uniform wearing gang of terrorists could attack nuclear facilities in Pakistan. We are fortunate that this attack did not target nuclear installations. As it is, it is a matter of serious embarrassment and grave concern for Pakistan and supporters of Pakistan.

The time has come for Pakistan, Pakistanis and the Pakistan army to wake up, and march forward, with no doubt, no hesitation in the no prisoners attitude to deal with the cancer that is now obvious to everyone except anyone harboring a secret desire to live in the Stone Age again.

It is not to be easy. There will be blood. Unfortunately, that is what happens when the cancer is allowed to grow freely, or even encouraged in the false assumption that it can be controlled. The time is now. The need is critical. Pakistan's survival is at stake. 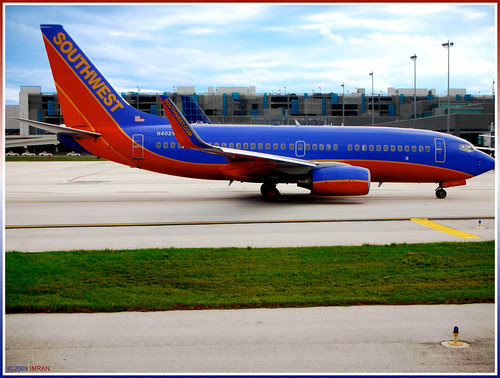 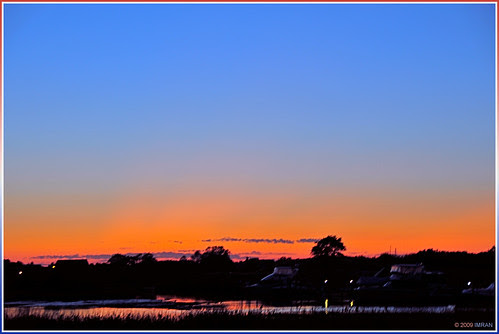 In almost every way these images are an opposite of each other. Southwest flying blue skies. Northeast sailing on pink seas.

Bright versus darkening sky. Blue sky vs. pink seas. Jet aircraft vs. yachts. Yet, they both reflect the passion I have for travel, my wanderlust beckoning, forever, to new horizons.

As the evenings got shorter, despite Fall weather, Heron Pointe, on Long Island, NY continued to enjoy mild weather until the sun sets of 2008.

A walk on the boardwalk, a walk on the beach, a look up in the sky, it's birds, it's planes. And twinkle, twinkle early stars and Great South Bay buoys. 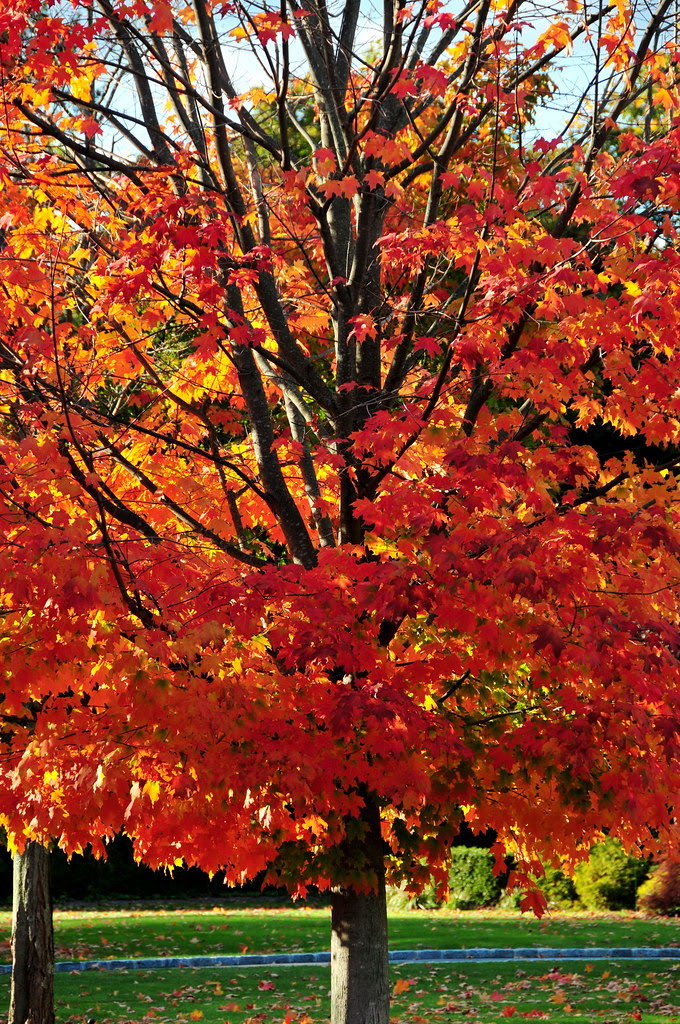 We may desire for our lives to be eternal Springs, of youth and new joys. We yearn for our days to be endless Summers of bright, sunny, blue-sky filled days.

We may want to never be exposed to the cold brutalities of life's Winters. But, winters do come in every life. And they have to be lived and experienced. As they start casting their longer, colder, crueler shadow across the days of our lives, things fall around us.

But, there is an irony in the seasons, fate and life. Fall, as life that sprung forth last spring, falls by the wayside. Yet, it is also the only time we are given a choice to see and appreciate such dazzling, stunning colors, as only Fall can bring. It gives us one last hurrah of color, to tide us over the cold days we know lie ahead, with the promise of a new life in the new year. And so the circle of life goes. And so it goes.

Driving home from running some errands I was amazed at the brilliant fall foliage colors that were highlighted by the sun's late afternoon glow. I went home, picked up the camera and headed back to take these pictures.