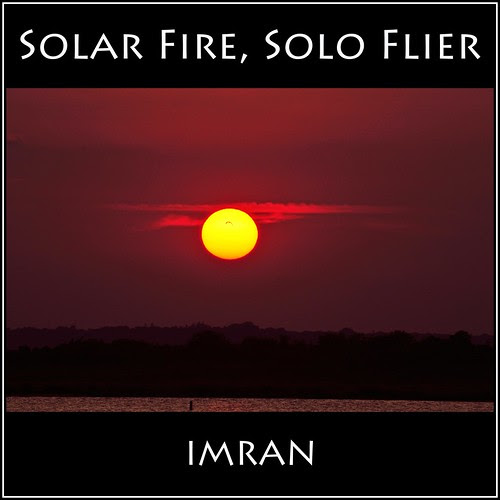 Steve Jobs, visionary, genius. Thank you for everything. RIP.

Smith Point County Park Bridge is a place which has many special meanings to me.

It is a place I visited with my beloved Father when he was in the USA in 1996, at a time of great difficulties for me.

Over the 15 years since, it is a place I visit by road like others do. It is a site I have boated, sailed and yachted by, on both the bay and the ocean sides. It is a sight I have flown over, spreading my wings over its beaches and near-by islets, to practice flight manuevers. Its parking lot offers a level of comfort -- as an potential emergency landing spot (assuming it is not crowded), especially during fall and winter flying on the ocean.

Walking on it, I have felt its sand in my toes, and I've marched across the asphalt to walk up to the bridge to capture some of my most spectacular sunset photographs.

This was not a particular clear or bright, day, much like the murky uncertainty that surrounds us as individuals and even as nations and a human race. It was not even an interestingly cloudy day, when the infinite variations of cloud shapes always ensure differing shades of red.

But, as the golden sun set, as it set the sky alight with a solar fire, I got what I was waiting for.

An image, a moment in time, a symbolic alignment of man, machine, planet, and the universe with the stages in life I have faced in the last 3 years….

A solo flier appeared when all other birds had given up and gone home. A natural aviator, silently, hopefully, bound for its destination unknown, knowing somewhere along the way it would find its mate, and its dreams would come true…. even as a seemingly endless night appeared before it.

And, even as I was posting this picture, little did I know that someone of far greater significance would be flying away, forever, within hours of my posting this photo. Steve Jobs, RIP.

A Solo Flier Against A Solar Fire.

May we all soar above our troubles and find all the joy, love, and happiness we seek, deserve and desire.