Empire Of The Sun - IMRAN™ 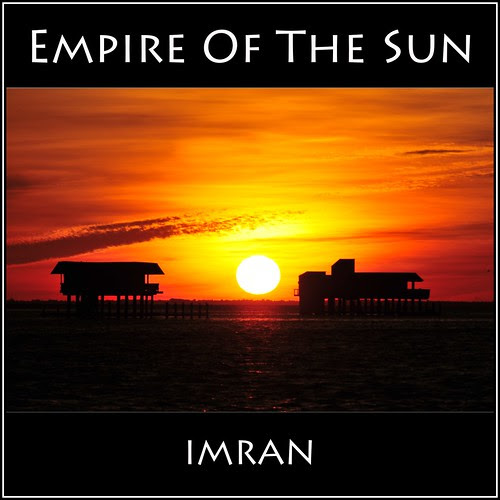 Empire Of The Sun - IMRAN™, a photo by ImranAnwar on Flickr.

Empire Of The Sun is a 1987 movie, directed by Steven Spielberg, which came out during the years of my first arriving in the USA, and settling into New York City. Then, more than 2 decades flew by. As a result, it is still on my list of movies to see.

But, that title has always remained with me. Even as I captured this breathtaking, SOOC (Straight Out Of Camera {except framing and titling} unedited, unprocessed), photograph.

It was taken from my yacht, in Biscayne Bay, returning from the Atlantic Ocean, on what had initially appeared to be a gray afternoon.

My then companion and I almost decided not to go out, but, a day of boating, on the ocean, beats a day driving around town. So, off we went.

As we headed back towards home port, in Coral Gables, Florida, timing the crossing of the channel to coincide with the sunset hour, I planned to capture the abandoned homes of Stiltsville silhouetted against the sun.

The sun was getting more rich, the haze more like natural camera filters. The clouds were really layered like thin muslin sheets across different distances and altitudes, creating a once in a million year combination of patterns, colors, hues and shades.

I had no idea, that without any skill on my part :-) , the Nikon D300, and the f/14 1/800 second ISO200 0eV exposures would lead to possibly the most stunning series of photos I had ever captured in my life.

Some will need to be straightened because I was slowly letting the Sea Ray Sundancer drift, its twin 8.1 liter Mercruiser engines idling, as I both maneuvered the boat with one hand to position the boat, and clicked the camera with the other hand, to capture the sun from different angles, and from between and behind different structures. The water was choppy.

As I stood in the cockpit, with no vessel or persons around me for miles, the vast openness of the darkening Atlantic Ocean to my left, other homes of Stiltsville behind me, choppy waters of Biscayne Bay and the Miami skyline to my right, with no other souls in sight…

I gazed at the sight that lay ahead…

I felt what I was, and remain.... a humble, insignificant, man, in front of nature, and God.

But, also, in that same moment of clarity I knew...

I am the master of my fate, the captain of my soul, the architect of my destiny. And, some of the brightest visions lie behind the darkest clouds, saddest scenes, and foreboding skies.

At that spot, in that moment in time, I realized…