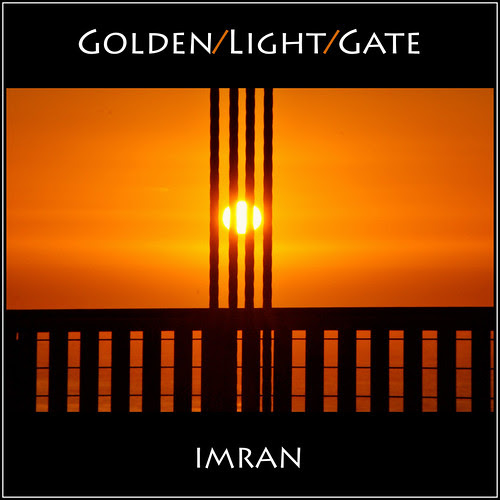 And God Said, Let There Be Light. Build Bridges Of Faith, At Golden Gates To A Bright Interfaith Future - IMRAN™, originally uploaded by ImranAnwar.

As I had walked across the Golden Gate Bridge, in San Francisco, California, at sunset, the falling sun seemed to slide down the support cables.

The scene, as I took this un-cropped photograph, and the image when I look at it today, remind me of the ball dropping at New Year's in Times Square, New York with Christians' Christmas festivities all around at that time.

I am writing these lines at 3AM on September 10, 2010. It is nearly 9 years since that same great city, New York, was attacked, and the world was torn asunder by evil doers killing in the name of religion. While bigoted American right wing politicians use false logic and other fallacies as an excuse to attack Islam, Muslims around the world, in the meantime, are being killed by the same AlQaeda in even greater numbers than American Christians, Muslims and Jews killed on 9/11. But, that is ignored by the bigots.

I salute the many Christian and Jewish religious leaders who have spoken clearly and boldly against this bigot. President Obama and leaders around the world, US military leaders, and media personalities have been clear in expressing their feelings. I salute even more the everyday Americans, including far more Christians and Jews than even American Muslims, who have been heard on radio and TV, seen on blog posts and in new media outlets, condemning this hate monger. And, that makes me believe again, that a new day may be dawning soon, even as the sun sets and darkness seems to loom.

Today and tomorrow also marks the end of Ramadan and the start of Eid celebration for Muslims around the world. It is also the Jewish New Year. And the imagery of the photo becomes even more poignant.

The brightness of the sun verging on bright, but risking falling into darkness, hanging on the thread of hope for peace, but split like the photo frame, into left and right, upper and lower portions, further split by the railing - like the barriers of intolerance, bigotry, hatred and ignorance that divide the world.

How ironic that this philosophical imagery battle is played out on, what else, but a bridge, which is more of what the world needs. A golden light gate opening.

May this Today, be a Happy Eid and Rosh Hashanah and may the coming Thanksgiving and Christmas season allow the barriers to break down, for the light of love and peace to spread, for hands and hearts to reach out, across the barrier and over the bridge, in interfaith and internation brotherhood... for love, for peace, forever.