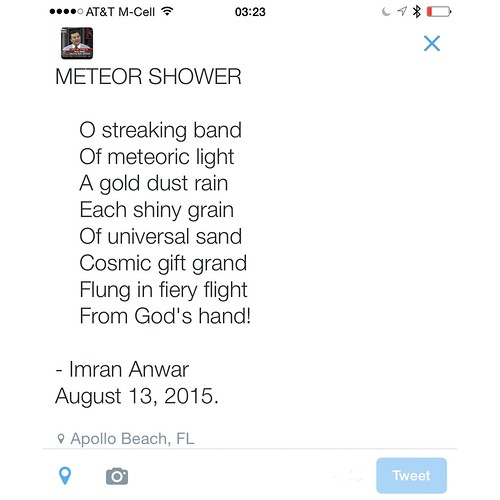 Just the sight of one of last night’s shooting stars inspired me to type out this poem on my Twitter app at 3AM today standing under the majestic moonless dark night sky.
As I stepped out of the house to soak in the Perseids meteor shower, one of the longest shooting stars I have ever seen streaked across the night sky right in front of me. Then another one sliced the dark night in its final but most glorious moment.
I wondered at how insignificant we are, and yet what great and significant lives we are blessed to have an opportunity to live, like gold dust from the heavens, shining uniquely for all eternity, once and only once, until we are gone, from this earth, but then to become parts of the specs of God’s dust in the ground below and the heavens above.