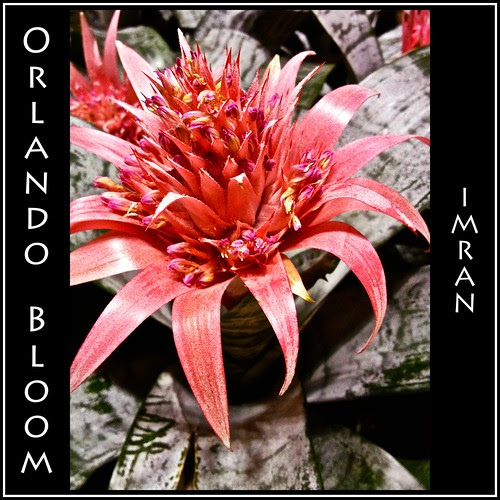 I Saw Orlando Bloom. Seriously! - IMRAN™, a photo by ImranAnwar on Flickr.

This iPhone 4S photo, taken at just past 4AM, after a long night of driving, waiting for the gates to open at Orlando Airport, during my recent Florida trip, is being posted more for word play than artistic merit. But, I hope you will enjoy it all the same.

After completing almost 2500 miles of driving along the entire Florida coast, I drove late into the night to arrive at the airoport several hours too early for my 7AM flight.

Since the security gates weren't open to go to the airline gates area, I had to pass time in the spacious terminal.

I saw several Disney character figures displayed there, including Snow White… a testament to the traffic the theme parks generate.

But I saw nothing, at least where I looked, from Pirates of the Caribbean, another Disney franchise.

Though I did not see Johnny Depp, I did find something to remind me of another well known actor in that movie series… this flower at the airport…. an Orlando Bloom, literally! :-)