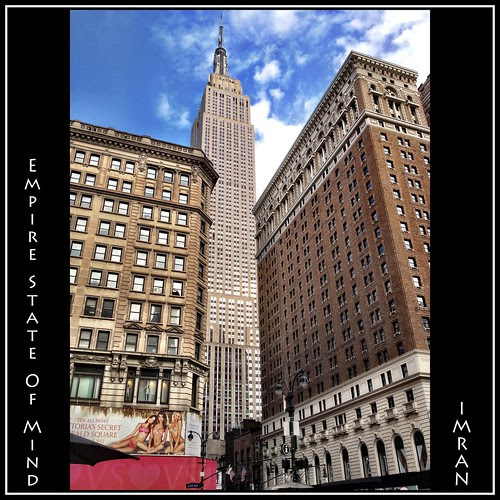 Empire State. I Love NY. It has an energy all its own, unmatched by any other city. Walking on Avenue Of The Americas (6th Av), at 34th Street, I noticed how the Empire State Building appeared perfectly framed by the other buildings, and, in this iPhone 4S photo, appears almost 3D-ish.

The ♥VS at the bottom of the picture adds, ummm, another dimension to liking the photo. LOL