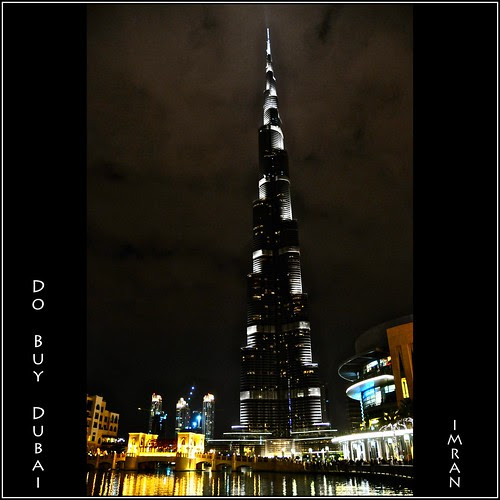 I was in St. Paul's High School, in Karachi, Pakistan, in the mid-1970s when the Middle East boom started. I first arrived in America 25 years ago.

In those years I have always taken direct JFK flights to Pakistan, usually on PIA, even when Emirates Airlines offered some nice options. A direct flight was always better to me than a few hours stopover in Dubai.

This time they made me an offer I could not refuse. A nearly full weekend day and night in Dubai, en route to my Lahore home. I took the offer.

I was finally ready to savor the experience that Dubai is, as it now had enough of a spectacular skyline to make a lifelong Manhattan resident feel blown away. And, after seeing the latest Tom Cruise movie, Mission Impossible Ghost Protocol, which has possibly among the best aerial views of Dubai, I was ready.

Meeting up with an old Aitchison College, Lahore, Pakistan classmate, Zaigham Haque, long settled in Dubai, after 33 whole years was a delight. As was meeting an old Pakistani-American Manhattan neighbor and friend Askari Chandoo. And introducing these two to each other was a bonus.

Later that night, after seeing most of the main sights of Dubai, and preparing for my onward flight to Lahore, I was enamored by the magnificent views of the Burj Khalifa, the world's tallest building.

The steamy, cloudy, dark and dreary sky actually provided an even more dramatic backdrop to take this handheld photo (I could not fit a tripod in my carry on luggage).

I had to take a dozen shots, quickly chnging the ISO settings, with people jostling around me, because I could not be sure if the discreetly lit, magnificent structure would stand out brightly enough to be captured in a good photo, without being blurred from a handheld shot. (This is ISO1000 f/3.5 1/6 second at 18mm),

I am certain I can take many more photos to do more justice to this amazing feat of human engineering, but here is the only one I had time for. If I straighten the tower, the top gets cut off and the lower level structures get too skewed, so I kept the camera level to the surface I was standing on.

Evem as the skyline rose higher, and the real estate market collapsed deeper and deeper in Dubai, I had a feeling, the time had come to say, Do Buy Dubai Sky High Views At Down To Earth Prices.

I hope you enjoy this view.