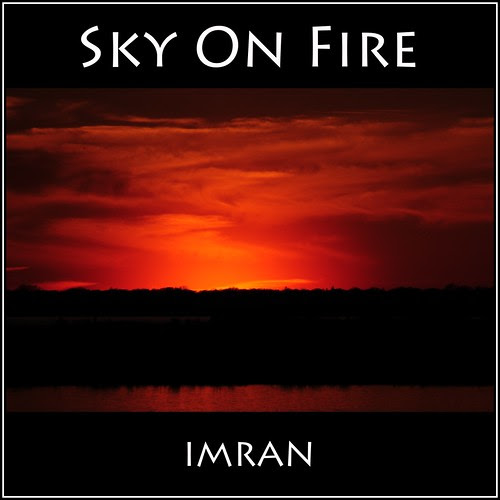 SOOC Image Straight Out Of Camera!! NO editing, tweaking, of ANY kind. Only framed in Photoshop & saved image as 4.2MB JPG.

The end of April, one of the rainiest I have ever lived, in 2011, possibly the windiest cloudiest year I have lived on Long Island, gave just enough cloud cover to make the sunset, finally visible after dozens of sunsets burnt to dull nothingness by wet dark clouds.

In the words of Jefferson Starship,

As this day was coming to an end in New York, the last day of the life of a once freedom loving later genocide-inspiring terrorist was starting.

Within about 24 hours this photo, Usama Bin Laden, whose desire to teach America a lesson led to the policies that set fire to the Middle East and rained death over Afghanistan, whose henchmen and hell-bound dogs of urban war unleashed the fiery torrents of suicide bombings on innocent Muslims, Christians, Hindus, and Jews everywhere....

As Bin Laden's last 24 hours of raining death on fellow Muslims in the name of Islam, and on democracy lovers in the name of freedom, started, .... I saw the promise of a cloudy night of uncertainty, and, before a bright new dawn could rise, the symbolism of this peaceful, cool, beautiful Sky On Fire.

May Peace Be With You.