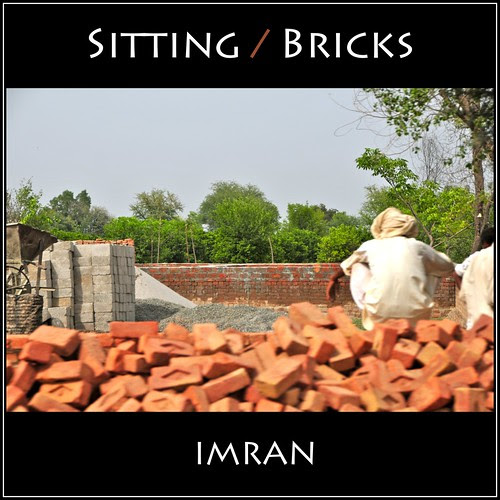 This is just being posted for entertainment, not photographic excellence or stunning displays of nature as I love to do.

I was being driven from Sargodha, in Punjab, Pakistan to my home in Lahore. As the car zoomed by the dusty plains and fields, passing through tiny towns and barely visible villages, I was shooting pictures with the Nikon D300 through the car window.

It was too hot to open the window, so I just took the chance of possible window reflections appearing in the photo. You can see some of the motion blur on the bricks and the man's headgear. The unedited photo still ended up looking well structured by the rule of thirds. But, what I enjoyed was the subtle gray sky, the brilliant green leaves, the rich fire orange red bricks lighter colored than the almost red tinged skin tones of the had working laborer, radiated by decades of manual labor beneath a non-sheltering, sweltering sky.

This scene was shot literally at 60mph or more, at 1/1000th of a second, while also slightly turning my body to capture it as the car went by this scene. I laughed thinking about the title that had already popped in my mind as I was taking the picture. I didn't know how well-placed the bricks and the squatting man would be in the resulting photo.

Here in America, even when people don't fully observe posted speed limits in work zones, where sometimes there are more people in hard hats standing holding up signs to SLOW down traffic than are actually doing the work, we are are more considerate than drivers in developing countries like Pakistan.

The speeds with which traffic zooms through work area made me think of what bodily reactions of people here would be.

They would definitely be doing more than... Sitting, Bricks. ;-)