In Loving Memory Of My Beloved Father, Anwaruddin. Last Man, At Land's End. 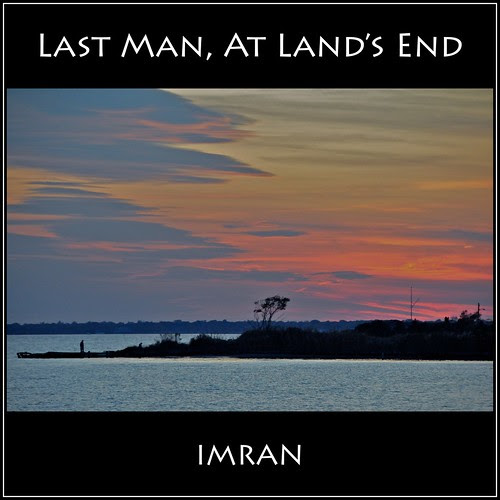 Today is the 2nd death anniversary of my beloved father. It was literally at this hour, when I was expecting a phone call from him. The phone rang. I answered, "Hello, Abu (Dad)!". Instead, it was my brother in law saying my Father had just taken his last breath.

This photo, taken at one of the darkest times in my life, was poignant in many ways.

It was coming close to my beloved father's first death anniversary last year when I stood at my beach at home, alone, gazing into the distance, thinking of him, my Mother long gone, life, and the end that one day comes too soon.

In a twist of fate, he had come to be by my side at a time of turmoil in my life. He literally cashed in his life's savings and brought them over to give everything to me, to tide over even a few months in that rough patch.

Things improved, great times came about, and I was able to repay him with gratitude for being the greatest father ever.

Last October, as I stood on the beach, the crisis I faced was 100 times worse than 1996. I was on the verge of losing everything I had built with 21 years of hard work in America.

But, what was most difficult was not the material loss, but knowing, I was so completely alone, now that he was gone for one year. I knew I would recover financially, if not here, somewhere else, if not now, someday in the future. But, I would never overcome the loss of both my beloved parents.

As these thoughts washed over me, I looked in the distance and the lone man standing at the end of a dilapidated pier, like a last man, at land's end, felt so symbolic of my state of affairs, and my state of mind.

Even as I saw myself in this picture, I was struck by the contrasts and the dichotomy that is so like our lives. Dark clouds on one side, with bright pink sunset light on the other, lighting the sky.

Here's to us always being true to ourselves, even when we're the last ones standing at the land's end of our own lives.

I deeply appreciate your words and lovely photograph. I'll send up a prayer today for your beloved parents.